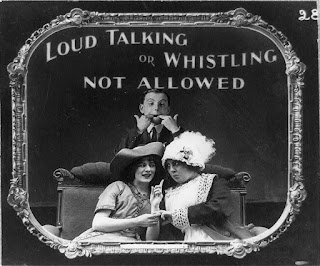 The innertubes are full of movie lists. Here’s another one.

What makes this list different is that no understanding of the Not Now Silly Newsroom is complete without studying the following flicks.

The idea of this column came to me on Halloween when I was dial-flipping. On one channel was The Big Valley, a Western series that went on 4 seasons too long past the pilot episode. This wooden pot-boiler starred Barbara Stanwyk, trying to prove she was no longer past her prime after a very successful movie career; Lee Majors, years before he was worth 6 million dollars; Linda Evans before she became a 10 to John Dereck, who dumped her for Bo Derick; Peter Breck, an actor as boring as his name; and Richard Long, who would never, ever, ever bill himself as Dick Long.

Then I flipped to another channel. I went from watching Richard Long in a Western to watching him in a Horror flick and my love of that flick came rushing back to me:

This is the first Horror flick I can remember. I was 7 years old and, for the life of me, can’t remember who thought it was a good idea to take me to see this one. However, it scared the crap out of me and turned me into a Horror fan. Horror is a separate genre from Monster movies. But a subset of Horror might be Suspense, which naturally led to a love of Alfred Hitchcock. 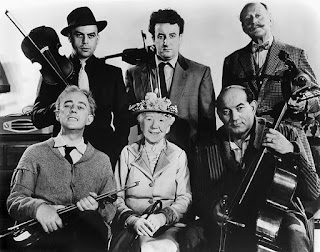 It’s a dark comedy that must be enjoyed.

This is a movie that should be watched not as a a satire on the Cold War, but as a realistic Documentary that predicted the Putin hacking scandal.

Another Documentary — err — Fantasy along the lines of Willy Wonka & the Chocolate Factory, but much better. Tony Randall, long before The Odd Couple, stars as the titular Dr. Lao, but also the other 6 faces referenced in the title: The Abominable Snowman, Merlin the Magician, Appollonius of Tyana, Pan, The Giant Serpent, and Medusa.

It sounds complicated but it’s as simple as this: A traveling circus, run by the mysterious Dr. Lao, arrives in a small western town in the late 1800s, and nothing was ever the same again.

These days the movie is criticized for its cultural appropriation and the fact that Randall plays an Asian character with a sing-song accent. However, if you can get past that, a delight is waiting for you.

[It’s a sheer coincidence this ended up as #7 on this list.] 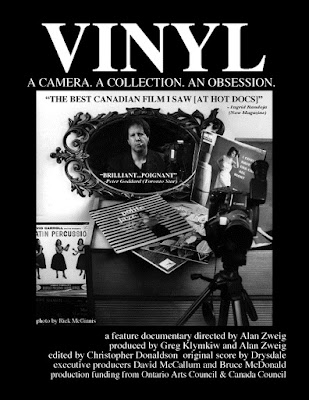 I had a eclectic collections of rare, out of print, and/or highly collectible LPs and singles. Selling them one by one on eBay turned out to be: 1). A monumental task; 2). Highly lucrative.

At any rate I was still mourning the loss of my record collection when I saw Alan Zwieg‘s terrific doc. I identified with the obsessive record collectors Zweig interviewed, while he also dug deep within himself to understand why he is just like them.

I have since seen several of his other documentaries and each one explores a dimension of my personality I never realized was there before. You’ll have to see them to understand.

[This is not to be confused with the terrible tee vee series which debuted and was cancelled earlier this year.]

This is another dark British comedy, which was directed by Richard Lester, who also directed The Running Jumping & Standing Still Film, a favourite of The Beatles, which is why they approved his hiring to direct their first feature film A Hard Day’s Night.

As we learn from the WikiWackyWoo:

The Bed-Sitting Room is a 1969 British comedy film directed by Richard Lester, starring an ensemble cast of British comic actors, and based on the play of the same name. It was entered into the 19th Berlin International Film Festival.[1] The film is an absurdist, post-apocalyptic, satirical black comedy.

It also starred a Who’s Who of British comedy. How can you possible go wrong? 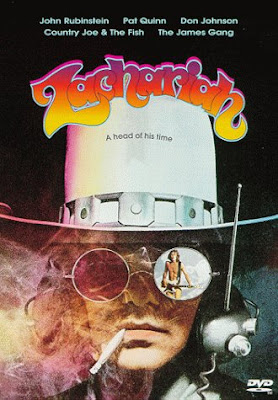 Here’s all you need to know: A Rock and Roll Western, written by The Firesign Theatre, based on Siddhartha by Herman Hesse, with Country Joe and the Fish, Elvin Bishop, The James Gang, The New York Rock Ensemble, and Don Johnson before he moved to Miami and became Vice.

This movie is a fictional look at a real event. Elvis Presley really did show up at the White House without an appointment demanding to see President Nixon so that the POTUS could give the drug-addled King of Rock and Roll a law enforecement badge so he could help fight drugs.

No. That really happened. But, this movie plays it up for comedy and invents some things, like this piece of dialogue, flagged by the IMDB:

For bonus points this movie has among its cast Curtis Armstrong, the world’s foremost authority on Harry Nilsson.

The Boy Friend started as a 1954 musical written by Sandy Wilson. It ran in London for over 2,000 performances and became Julie Andrew’s debut on Broadway, or any ‘Merkin stage for that matter. When it was finally made into a movie it was directed by the King of Excess, Ken Russell (not to be confused with the current Miami District 2 Commissioner).

Russell re-imagined the story as a play within a play. The movie follows the backstage shenanigans and love affairs of the cast of a down and out theatrical troupe about to mount that old chestnut The Boy Friend in a seedy theater somewhere in the south of England. Into the mix comes A Big Deal Hollywood director, scouting the production for his next cinematic extravaganza.

As backstage assistant manager Polly, played by Twiggy in one of her few movie roles, falls in love with the male lead Tommy, played by Tommy Tune, she suddenly has to step into the lead role when Rita falls down and breaks her leg.

What makes this such a spectacular movie is that members of that ragtag cast imagine themselves in a all singing, all dancing, all talking extravaganza. It’s during these reveries is where Russell shines. The dream sequences are directed in his patented excess, capturing perfectly the musicals of the ’30s and ’40s by directors like Busby Berkely.

Russell went on to direct Tommy and Listomania.

Another musical, which someone on the IMDB can tell you about:

Hieronymus Merkin has recently turned 40, and is in the midst of preparing a film that details his life’s history and development. Portraying himself as a marionette being controlled by an unseen puppet master, young Merkin is led away from the innocence of youth and into the waiting arms of one woman after another by Goodtime Eddie Filth. With Filth’s guidance, Merkin steadily transforms into a self-centered womanizer, save only for the longing he feels for his one lost love, Mercy Humppe. As the producers of his life story scream for him to come up with an ending, Merkin must look back and decide what, if anything, he’s learned from his experiences. Written by Jean-Marc Rocher <rocher@fiberbit.net>

This was one of the first movies I ever saw that made me think about the process of making movies, something I eventually went to college to do. And, in a great wallop of synchronicity, Alan Zweig also went to Sheridan College a few years after me, to learn his craft.

While it’s easy to find some of the songs from the soundtrack LP, I’ve been unable to find my favourite tune “On The Boards,” sung by Bruce Forsyth as Uncle Limelight. Here it is recreated by singer Anthony Newley, who not only wrote all the songs in the movie, but directed it as well.

Take it from me. You’ll be a better person once you’ve watched all of these movies.