President-elect, and Twitterer In Chief, Donald J. Trump has released a Thanksgiving message that needs answering. That’s why I’m here.

He hasn’t held a press conference yet, but this is his 2nd video release, in an attempt to go over the heads of the media and lie directly to the ‘Merkin public. The Not Now Silly Newsroom is poised to pop his pomposity.

We are very blessed to call this nation our home. And that is what America is: it is our home.

Oh, Donald! You’re only one line in and you are not only repeating yourself already, but saying the obvious.

It’s where we raise our families, care for our loved ones, look out for our neighbors, and live out our dreams.

After attacking people for almost 2 years, you now wants us to look out for our neighbours??? Unless they’re Black, Muslim, or LGBT, that is. Amirite?

Look at the people you’ve appointed to your cabinet so far. Are those people who support inclusiveness or division? NNS reports. My readers decide. 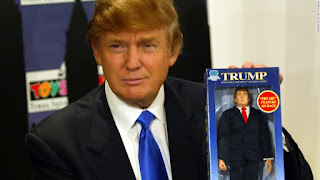 It is my prayer, that on this Thanksgiving, we begin to heal our divisions and move forward as one country, strengthened by a shared purpose and very, very common resolve.

Are you serious, Drumpf?

You’re now asking us to heal the divisions you caused with your relentless twittering?

I have a common resolve with many ‘Merkins: To make it as difficult for you as the GOP did to President Obama. To make your life as miserable as your mendacious Birther campaign did for Black folk and the POTUS. To expose you as the fraud and conman you are. The next 4 years promises to be fun in that regard.

In declaring this national holiday, President Lincoln called upon Americans to speak with “one voice and one heart.” That’s just what we have to do.

Quoting Abraham Lincoln does not make you a statesman. Quoting Donald J. Trump proves you are not.

We have just finished a long and bruising political campaign.

And, who was the biggest bullying bruiser on the block? Step right up, Divider In Chief. 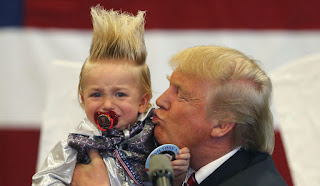 The dogs of hate you unleashed will never heal. You made overt racism cool again to a large segment of this country with your lies, xenophobia, and — yes — racism. This is all on you, Agent Orange.

It doesn’t go quickly, unfortunately, but we have before us the chance now to make history together to bring real change to Washington, real safety to our cities, and real prosperity to our communities, including our inner cities. So important to me, and so important to our country. But to succeed, we must enlist the effort of our entire nation.

Boilerplate bullshit. The only history that will be made is of a president worse than George W. Bush. Already you have made decisions that ensure only part of the nation is represented. Again: Look at your Cabinet of Deplorables. These are all people who have a history of divisiveness.

This historic political campaign is now over. Now begins a great national campaign to rebuild our country and to restore the full promise of America for all of our people.

Your words are inclusive. Your actions are not. Your appointments are not. Your tweets are not. Since I know you to be the biggest liar to ever run for public office, I will go by your actions, not what bullshit on a teleprompter that comes tumbling from your pie hole. 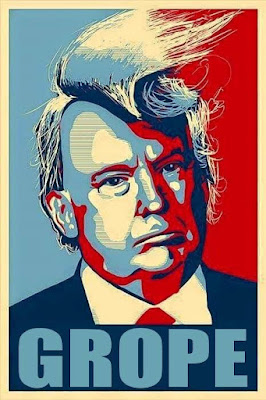 I am asking you to join me in this effort. It is time to restore the bonds of trust between citizens.

You mean the bonds you helped destroy with your scorched earth presidential campaign?

Join you? Why, are you falling apart? Buh duh boom!

Because when America is unified, there is nothing beyond our reach, and I mean absolutely nothing.

If only the presidency had been beyond the reach of your tiny hands. It should have been, but ‘Merka just lost its mind.

When you made fun of a handicapped reporter, that should have ended it all. However, the people who voted for you cared little about good manners, decency, or Political Correctness. They were just pissed off at everything and everybody. You were the middle finger they extended.

Let us give thanks for all that we have, and let us boldly face the exciting new frontiers that lie ahead.

We are all watching — in real time — the hate you unleashed. Whether it’s attacks on people who don’t look like your mostly White male supporters, or the hate being expressed against you in protests that seem to grow daily. You’ve managed to bring the country together for a new frontier to: