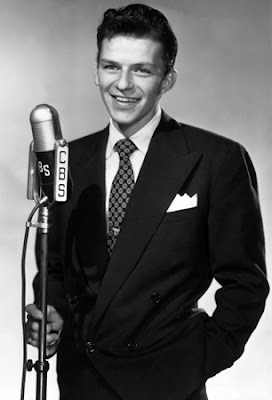 Had Frank Sinatra not died in 1998, he’d be celebrating his 101st birthday today.

When I was growing up in Detroit there weren’t a lot of LPs in the house. However, Pops had a friend who worked for Capitol Records, who gave him promo copies stamped with small holes that spelled out FREE in the upper left-hand corner. These included several classic Sinatra albums from what most people agree was his best period. The fact that he was also on The Beatles’ label didn’t hurt, either.

[By this point Sinatra was already on Reprise Records, a company he formed. This is when he got the nickname Chairman of the Board. But, I didn’t know any of that at the time. Nor would I have cared.]

I started listening to these records when I was about 11 or 12 and they spoke to me immediately. I didn’t have the contextual language to know why, but I was a fan at the first needle drop. I would listen to these albums for hours on end, marveling at every nuance. I didn’t know that in some places he was rushing the lyric and in others he allowed himself to fall behind. However, what I recognized — even at that young age — is that Sinatra had a way of imbuing a lyric with feeling in such a way that made it seem he was talking to me alone.

I remember how, during the psychedelic era, I’d play some Sinatra to my band mates in Cobwebs and Strange, hoping to get them to agree to cover a Sinatra tune, or three. They couldn’t contain their laughter. It was an idea before its time. Soon it would become kitschy to break out a Sinatra tune in your set.

Of course over the years I learned more about Sinatra’s career and how he was the first teen idol. Girls — called bobbysoxers in the day — would scream and swoon over Frankie. That’s what eventually led Sinatra to go solo.

There’s some great family lore that Pops used to tell about when Sinatra broke away from the Tommy Dorsey band:

A distant cousin was part of Dorsey’s band and played with Sinatra when he was coming up.Then Sinatra went solo and was doing BOFFO business at the Paramount in NYC. The boys decided to head over from Jersey to see Frank. They showed up at the stage door and asked to see their old pal and were told that Mr. Sinatra couldn’t see him. From that day to the day he died my relative would spit when he heard Sinatra’s name or music.

Sinatra went on to win Oscars and take over Humphrey Bogart’s Rat Pack. However, it was the music that made Frank Sinatra special. That’s why some people called him simply, “The Voice.”