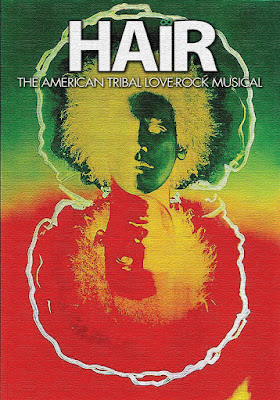 Forty-nine years ago today Hair; The American Tribal Love Rock Musical debuted at the Shakespearean Festival in New York City and nothing was ever the same again.

Hair was the first Rock musical. I’ll let the Official Hair website pick up the story:

HAIR’s world debut was in New York City in October 1967, off-Broadway, on the heels of the Summer of Love. Jerry and I had written HAIR for the uptown big theatre audiences. It was designed to invade Broadway territory, but we couldn’t get a tumble from any of the Broadway producers. “Not our cup of tea,” they would say. We retreated from our firm intention, in response to an offer of a 6-week run for HAIR as the opening attraction at a new theater. The old Astor Library, gutted and under fresh construction, became The New York Shakespeare Festival Public Theater, and the producer Joseph Papp chose HAIR to be the premiere presentation in his experimental space, the Anspacher Theater. (Papp had produced free Shakespeare in Central Park for years, but was now branching out, to embrace the excitement of the avant garde theater movement.) Quite a wonderful opportunity, we thought; if we couldn’t get HAIR on-Broadway, at least we could jump-start it downtown in the Joseph Papp spotlight of a new New York theater, in the East Village at that, where the play itself was set. As directed by Gerald Freedman, with choreography by Anna Sokolow, the “Public” proved to be a perfect “out-of-town tryout.” 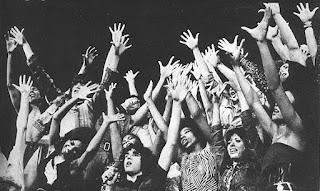 Hair eventually moved to Broadway where it ran for over 1700 performances.

Many of the men of my generation were fighting the Hair Wars with our parents. Those who were just a few years older than me were already fighting in Vietnam, the draft being a subtext of the musical.

I didn’t get to see the play until it opened as a quintessential ‘Merkin movie musical directed by Czechoslovakia immigrant Miloš Forman a decade later. However, the soundtrack was everywhere by 1968 and I could sing this song by heart.

Several of the tunes in Hair later became hits for others, most notably the 5th Dimension:
Crank it up and LET THE SUNSHINE IN!!!