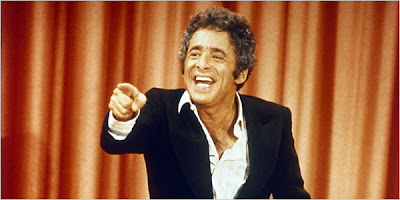 Barris is often called the Father of Reality Television, a smear he has tried to live down. However, few people realize that long before he launched The Dating Game, The Newlywed Game and The Gong Show, he wrote Freddie “Boom Boom” Cannon’s greatest hit, “Palisades Park.”


Less known is his career as a CIA hit man who rubbed people out in exotic locations around the world, while chaperoning Dating Game couples who won All Expense Paid Trips™. Barris repented in his “unauthorized autobiography” Confessions of a Dangerous Mind. The book was so compelling that director George Clooney felt compelled to turn it into a docudrama, with great effect.

However, no matter how many bad people he’s killed (33 at last report), Chuck Barris will never have been a greater service to his country than he was when he created The Gong Show. Your argument is invalid.

This segment was censored before being broadcast to the west coast