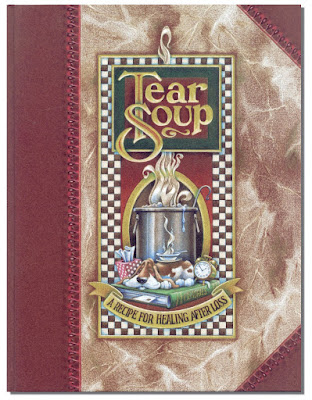 Thank you so much for the book. It was on my doorstep when I arrived home. I was locked out when I got here (long story), so I read it and finished it while waiting for the locksmith. It brought me to tears, but many things do these days. My emotions are still raw.

It is a wonderful book which I will now recommend to others who have just lost a loved one.

It was also wonderful for you and Julia to come to Pops’ Shiva on Sunday. It meant so much to me. Aside from the fact that you were the only friend of mine to be invited, it somehow closed a loop that began when we met on Gilchrist Street 59 years ago.

[And, it was just slightly subversive to have a pastor and a priest in a clerical collar at the most solemn of Jewish gatherings.]

Fifty-nine years is a very long time, but a mere blink of the eye in the scheme of things. I wonder if we had not lost touch for most of that time whether we would still be friends. We seem to share views on politics and social justice. Our only major disagreement is about God.

While I am far more opinionated than I was about most issues, I am less intolerant of other people’s belief systems than I’ve ever been. I can’t say I always understand them, but I don’t rail against them; only the hypocrisy that occasionally accompanies them. [See: Evangelicals for Trump]

All this week during evening Shiva services I wore the yarmulke and stood at the appropriate times. I went along with the program in a “When in Rome” manner. However, I did not pick up the prayer book, nor did I mouth the words even though I remembered so many of them from childhood. I’ve identified as Atheist for a number of years, so it feels hypocritical to mouth words I don’t believe in.

There was a time, Ken, when I did say the words, even if I didn’t feel them. But one day the that light bulb went on and I have never been able to turn it off. Yes, brother, I have seen the light. Hallelujah!!! No more hypocrisy for me. [If only!]

Yet, there are times I discover — or, as is more likely, people point it out to me — that I have said, or done, something hypocritical. I can’t proceed until I’ve made amends (if needs be) or examined my hypocrisy from every conceivable angle. Only then do I feel I can forgive myself for being a hypocrite.

Forgiveness is a big part of your religion, Kenny, and I marvel at the ability to forgive others. This is something I find extremely difficult to do, if not downright impossible, when I have been wronged by someone.

As you know my writing and research has taken me into a unique Black neighbourhood in Coconut Grove. Through that I have met priests and pastors, military men and women, and older folk who have lived through many of the years of our racist country’s racist past (not that racism has ended by any means). One question I ask over and over again is where do they find the compassion and empathy to forgive those who have wronged them. They’ve all said the same thing, if not with the same exact words: Our religion, our God, our belief in Jesus instructs us, compels us, reminds us to forgive.

That whole God thing must be pretty powerful if it can be used as both a shield and a sword against the hate directed their way.

Where am I going with this?

Just as I was leaving Michigan I had a massive blow-up with one of my sisters. It came as I was trying to get over the hump of our last blow-up, which happened almost exactly 1 year ago. We’ve barely spoken since then because she started last year by saying “You may never talk to me again after I say this, but…”

I decided I would let her be right and I was totally comfortable with that. I won’t be verbally abused by anybody, even — or especially — my own sister.

However, what made me decide to circle the square was 2 things: First, all week during evening Shiva services God, family, and forgiveness were all mentioned several times. I’m not the sharpest knife in the drawer, but it started to penetrate my thick skull.

However, it was a story a gentleman told me after Shiva services one night that made me decide to make amends. Here’s his story in a nutshell:

Years ago when this gent (who is our age) was just a young man, he learned he had an aunt he never knew about and no one ever spoke of. It was his mother’s sister. So he decided he was going to find her and reach out to her. Eventually he discovered a woman in Florida with the right name, but it was a relatively common Jewish name.

The woman started screaming at him, “No! I’m not her! I don’t know who you are talking about! And, don’t ever call me again!!!” She hung up on him.

However, during this time he also discovered he had a cousin about his own age and reached out to him. As it turned out the woman in Florida was his aunt after all.

So the cousin, thrilled to have reconnected with a long-lost relative, called his mother and told her about this. Then he asked if she could send him some of his boyhood pictures so he could show them to my storyteller. His mother agreed to send the pictures, but told her own son never to contact her again!!!

This incident that had occurred decades earlier — which was apparently over who would get to wear a fancy dress when they were children — was still fracturing the family.

It was this story, far more than the religious services, that made me decide to make up with my own sister. Who needs this kind of strife in one’s life?

My conversation with my sister went sideways immediately. In less than a minute we were screaming at each other. My sister was purposely hateful, hurtful, and abusive. Getting nasty in a fight — fighting to wound as opposed to to arguing to get to a mutually agreeable point — seems to be my sister’s comfort zone when things are not going her way. She brings a bazooka to a spitball fight.

She attacked me in several ways that would have shocked you had you heard it. It certainly shocked the accidental ear-witnesses, of which there were two. And, it shocked me that she would ‘go there’ again because it obviously wasn’t enough that she said some of the same shit last year when she abused me.

One of the very first things she said was “You are throwing away a perfectly good sister.” Aside from the fact that she was really throwing herself out with that statement (because, remember, I was attempting to make up), she felt the need to say it several times. Finally I said, “Then you must be garbage if I am throwing you out.”

It didn’t get any better from there. When she stormed out she said, “Have a nice life” and I certainly plan on it. And, it may even be nicer without her in it. 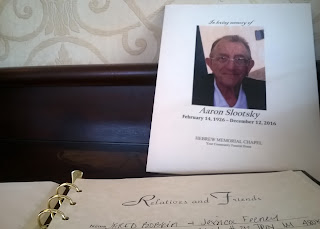 Forgiveness? Nope. I don’t have it in me even though it was one of Pops’ fervent wishes that all of us sibs get along.

IRONY ALERT!!! One of her bones of contention is that I did not accept her apology from a year ago. But her apology was “I love you. I’m sorry we had a fight,” which I took as a non-apology apology.

First, we didn’t have a fight. She abused me on the phone and I took it silently with tears streaming down my cheeks. Secondly, a real apology takes ownership of one’s words and/or actions. There was no ownership of how she had hurt me and she even made me a party to it by describing it as a fight. It was not a fight.

However, one of the things she yelled about yesterday was how when I was apologizing to her, I added a “but.” But, here’s the deal: I wasn’t apologizing. I never said the words “I’m sorry”. I said, “We’re good, but if you ever talk to me again like you did last December, we’re not good ever again.” In fact, that was my opening statement to bury the hatchet.

In fact, that’s what sent her spinning.

To her that was a failed apology because it added a “but” and apologies don’t come with a “but.” She’s right about that. She’s just wrong about it having been an apology.  I wasn’t apologizing. I was drawing a line in the sand.

I have nothing I feel the need to apologize for. I said nothing either time that I want to take back or make apologies for. If she’s being honest with herself, she cannot say the same thing.

IRONY ALERT #2: During our fight yesterday, with her trying to hold back tears because she was suddenly playing victim after having just verbally abused me, she actually offered a rationale for her behaviour last year and all it would have needed was an “I’m sorry” attached to it and I would have accepted it without reservation. I know how to do that.

IRONY ALERT #3: And, maybe a smidgen of hypocrisy on my part. One of the things I threw at her yesterday was how after our fight of a year ago, she called up all kinds of people to tell her side of the story; something that I didn’t do because it was nobody’s business. She aired this dirty laundry to family and friends. When I tossed this out yesterday she tried to deny it, but I started rattling off the names of people she told because I heard all about it from several of them. What I don’t know is how many people she told and how I was made to be the villain.

My hypocrisy is that I just shared this latest fight with the entire world or, more accurately, anyone who reads this article.

One saving grace is that she may read this post and recognize how her behaviour last year and yesterday was over all lines of decency. If so, she may offer an apology. I have never refused a real apology. However, I will still have my line in the sand.

Bottom line, Kenny, is one of these days you will have to teach me all about this forgiveness thing. It seems like a pretty powerful thing and something I still need to learn.

However, while I am still upset over yesterday’s fight (in which I did participate, unlike last year) I know I will grow comfortable with where it sits because I have been here before with her and not just last year.

Have a Merry Christmas, Kenny, and give my love and deep regards to Julia. Maybe my next time in Michigan we can go visit the old neighbourhood together. And, maybe I can get you and Julia down here to Florida sometime. I’d love to show you Coconut Grove, which is the where the social justice issues I am writing about reside. In fact, some missionaries recently showed up to help with the fight for social justice in West Grove. I know, right?

Forgive this paraphrase, but “Social justice is the reason for the season.”