Let’s start with a generally accepted fact known by every homeowner, developer, and builder: If you send a city by-law inspector to any address, in any town in this country, it’s more than likely they will find an infraction…or two…or six. Which brings us to the latest brand of insidious Miami Corruption:

Unscrupulous people are using the City of Miami’s by-law inspectors to settle political and/or personal squabbles. And, it’s ugly as hell and getting worse.

This has probably been going on for quite a while, but on a small scale; petty neighbour vs. neighbour bullshit, HOAs trying to get leverage, or just mean folk looking to make trouble. However, it only recently became public that the city’s Code Compliance office is an international joke.

This ugly mess broke out into the open back in 2018 when 2 city employees, both Code Compliance Inspectors told stories about District 3 Commissioner “Crazy Joe” Carollo — under oath and testifying at his ethics hearing.

NB: Crazy Joe is also at the center of a recall effort that’s as tangled and convoluted as anything else in Miami. That’s not the story I’m writing about but, it is tangentially related.

Those employees’ allegations came during an investigation launched this past March when Bill Fuller, co-owner of the nightclub Ball & Chain, complained that Carollo was illegally using code enforcement investigators to target his businesses, all because Fuller helped Carollo’s election opponent.

Moreover, Crazy Joe has done this very same thing before. From the same article:

This isn’t the first time Carollo has been accused of sending code enforcement after his enemies. As New Times detailed last week, he used a nearly identical scheme in 1996 to attack Rodney Barreto, a local fundraiser and lobbyist. Barreto was the godson of then-Miami Mayor Stephen P. Clark, who frequently sparred with Carollo. Barreto also supported Carollo’s 1995 election opponent, Victor De Yurre. At the same time, Barreto also owned a series of parking lots outside the then-existent Miami Arena.

Carollo openly admitted to the Miami Herald in 1996 that he sent city employees to shut down Barreto’s allegedly illegal lots, but the city eventually let Barreto reopen them. Carollo claimed he was simply trying to trim “fat cats” from the city government, but the Herald said De Yurre’s supporters were the ones who wound up hit hardest.

“This is just basic, vindictive politics,” Barreto told the Herald in 1996. “It’s all promoted by Joe Carollo. This is not a nice message the City of Miami is sending here.”

Of course, because it was an ethics hearing, Carollo was allowed to defend himself. That’s not a rabbit hole I’m going down right now, but a week later Jerry penned “Video Suggests Carollo Lied to Miami-Dade Ethics Board“, which could be worth your time. However, here’s an important takeaway:

New Times obtained two seven-second clips from a witness who says he was riding in a GMC Terrain that night when Carollo was caught idling outside the Little Havana valet parking lot. The source — who requested anonymity for fear of reprisal from Carollo — says the clip, which begins in the middle of a heated Spanish-language argument, shows Carollo arguing with a Ball & Chain parking attendant, which corroborates the account that three witnesses gave the ethics board.

It wasn’t but some 9 months after that when Bill Fuller and Martin Pinilla, the business owners Crazy Joe had targeted, held a presser accusing Crazy Joe of living in a glass house.

To bolster their claim Fuller and Pinilla provided “photo evidence of each violation collected via Google Streetview.” It’s not like they hired a private dick to go through Crazy Joe’s dirty laundry.

But, someone did hire a private eye, a shamus, gumshoe, private investigator, sleuth, spy, bloodhound, eavesdropper, flatfoot, peeper, shadow, snoop, tail, P. I., Sherlock Holmes, bird dog, and/or slewfoot because that’s what happens in the next chapter of Code Compliance Corruption, as the laws are being used and abused to settle political scores. 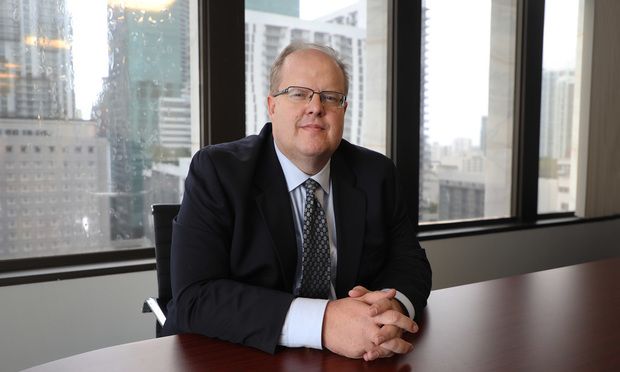 Before I get too far along, let me introduce David Winker. I’ll tell you more about Winker in subsequent chapters of what’s looking like will be a multi-part story, but suffice to say that he is a Miami lawyer for hire. As a side gig he sues the City of Miami and, more often than not, wins.

This ugly episode will likely be his next lawsuit against the City of Miami.

THIS IS WHAT HAPPENED:

On August 6, 2020, Miami Code Compliance Department Head Adele Valencia received an anonymous 95+ page dossier on David Winker, activist lawyer and Miami homeowner. The only allegations in those 95+ pages that Code Compliance would care about can be quoted from the after-action report in an email from Valencia obtained by the Not Now Silly Newsroom:

On Thursday, August 6, 2020, the Code Compliance inspector conducted research on the permit history of the property through iBuild and Laserfiche, researched the property records on the Miami-Dade County Property Appraiser’s Website, Sunbiz, the Florida Bar, and Realtor.com, and personally visited the property in the field.

The Code Compliance inspector inspected the home from the public right of way and opened a Notice of Violation, Case Number: CE2020014267.

The Code Compliance Inspector issued a Notice of Violation for 1) home occupation business without a Certificate of Use and/or Failure to follow the requirements for a home occupation business; 2) failure to obtain a valid Certificate of Use for the type of business being conducted; 3) Failure to obtain a Business Tax Receipt for the type of business conducted; and 4) illegally operating a business in a residential zone; 5) work performed without a permits and/or permit not finalized; and 6) illegal units.

Clearly it didn’t take 95 pages for “Concerned Citizen” to hate on Winker’s property. So why were all those trees felled? The Not Now Silly Newsroom has obtained the entire dossier and is shocked by its contents. It was clearly prepared by a private investigator and alleges everything from traffic infractions to property liens; from tax troubles to Lis Pendens (which is going to be the next nom de plume I ever assume); From Exhibit A to Exhibit J. That’s right: Nine exhibits.

The file is a throw-everything-at-the-wall-and-see-what-sticks. It even includes tweets that Concerned Citizen labels “social media assaults.” I hope nobody looks at my timeline. I swear a lot.

A careful reading-between-the-lines of the exhibits seems to indicate that at one-point, Winker may have been under surveillance away from his home. Private dicks follow their quarry. Some people would call that stalking.

This dossier — this colonoscopy — is nothing more than a hit job. Whether any of it is true, or not, it’s an attempt at character assassination to silence someone holding the city to account. None of it is germane to the issue of the property and the alleged violations. This is the politics of personal destruction. And, it’s a shot across the bow of anyone who may decide to become an activist and fight city hall.

Furthermore, Concerned Citizen is not subtle at all. A letter addressed to Honorable [sic] Elected Officials of Miami City Hall begins: “RE: David J. Winker: Activist or Opportunist?”

The first line attacks Winker as “disheveled” and the last line of the first paragraph says, “Unfortunately he is just a vicious individual.” Between those ad hominem attacks is the nature of the Winker’s real crime:

He came onto the scene about two (2) years ago by purportedly calling out the City of Miami and its elected officials on everything under the sun: from the soccer deal to building code violations, ethics issues to task force appointments, recalls to settlements, etc.

LEFT UNSAID:  Winker keeps winning his lawsuits against Miami, which means that the problem is not with him, but with the city. Yet, Concerned Citizen disagrees: “The havoc David Winker has caused needs to be addressed categorically. I am extremely concerned that as a taxpayer I will be forced to pay higher taxes or lose services based on the many lawsuits or lost revenues caused by this man and his negative motives. Enough is enough.”

In other words: I prefer City of Miami malfeasance to allowing a pro bono lawyer holding the city to task. [TO BE FAIR: One of the allegations is that he’s not *really* pro bono.]

Having been following this story from afar, I contacted Winker, who agreed to an interview.

We spent 4 hours together, at his house in the Shenandoah neighbourhood, one of Miami’s oldest subdivisions, going back 100 years now.

But first, a mea culpa.

I walked away from my reporting about West Grove for a variety of reasons, Pop’s death, not getting enough traction on my investigative stories, the time and money it was costing, and the distance to Coconut Grove: 35 miles. I should have been paying better attention in the interim, but I was UberLyfting hard. While otherwise occupied Coconut Grove has turned into a crazy game of telephone, a viper’s nest of innuendo, and enough conspiracy theories to launch a new QAnon.

END OF PART ONE.

Keep your eyes peeled for Part Two, in which I: