Emperor Trump sent out a series of deranged tweets this morning that not only upped the ante, but — IRONY ALERT! — just ensured never-ending investigations up his colon all the way to his lyin’ mouth.

First things first: Because Emperor Trump is always deflecting from the bad news he knows is coming, we need to ask, “What’s next?” If you’ve been paying attention, you know the answer. More Russian bombshells. However, while we’re waiting for that shoe to drop (how many shoes does this crazy MoFo have?), let’s examine the overarching, grand irony in this series of tweets, fresh this morning from the Trump Toilet.

[For greater context, read Did Roger Ailes Dupe James Rosen, Or Did Rosen Dupe ‘Merka? and Is Michael Flynn A Traitor? Is Trump? The GOP? Watergate Redux?, found elsewhere in the Not Now Silly Newsroom.]

Let’s take Trump’s Tweets one by one in chronological order followed by the Truth Trump Won’t Tell™:

Terrible! Just found out that Obama had my “wires tapped” in Trump Tower just before the victory. Nothing found. This is McCarthyism! 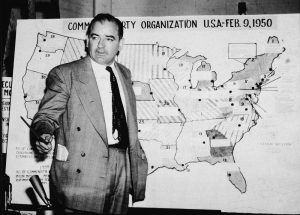 IRONY #1: Strange that Emperor Trump would jump to McCarthyism because 1). McCarthyism is defined as the wild accusation against someone without a shred of proof; 2). Roy Cohn — Trump’s lawyer and mentor — taught him that a good defense is a nuclear offense, a trait we’ve seen from this tweeting man/boy over and over again. Additionally, Cohn was McCarthy’s chief counsel when that drunkard was destroying good people during the McCarthy hearings without a shred of evidence. See the parallel?

What else you got, you mendacious piece of horse manure?

IRONY #2: He was the fucking President, you idiot — a job you don’t seem to understand. It was his job to meet with the Russians. It was not the job of Jared Kushner, General Mike Flynn, Jeff Sessions, Casey Page, Paul Manafort, or Roger Stone. (Did I leave anyone out?)

What else you got, you soon-to-be-former Emperor?

Is it legal for a sitting President to be “wire tapping” a race for president prior to an election? Turned down by court earlier. A NEW LOW! 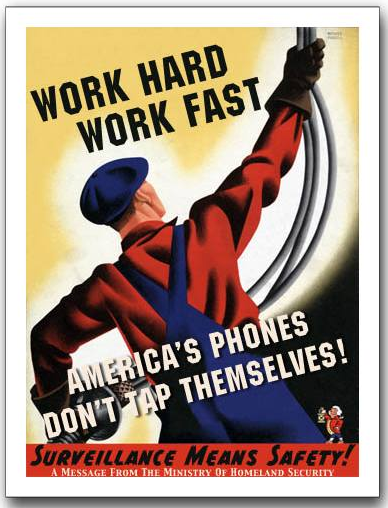 Long answer: Not only did Emperor Trump just admit that a court gave law enforcement permission for “wire tapping”, which makes it legal, but this is hardly the first time.

In those stories linked above NNS tells the inside baseball story of how President Lyndon Baines Johnson tapped the campaign plane of candidate Richard Nixon to determine whether treason had been committed.

The short answer is yes. Treason was committed when Nixon used Anna Chennault to approach the South Vietnamese — where U.S. soldiers were dying — and tell them to hold out to get a better deal from Nixon after he was elected. The South Vietnamese walked away from the Paris Peace Talks and people on all sides of this war continued to die.

See the parallel? Was Trump using many people, not just a single Anna Chennault, to go around President Obama and tell them not to worry about the sanctions just imposed because Emperor Trump could make them all go away?

If so, this would be treason.

LBJ obtained audio evidence of Nixon’s treason, but decided it would be hard to explain why he had tapped Nixon’s plane, so he gave the information to Democratic candidate Hubert Humphrey to use as an October Surprise. Humphrey was too honourable to do so and eventually lost to Nixon (who, in case you need reminding,  eventually quit rather than face impeachment).

See the parallel? We have already learned from previous leaks that President Obama’s administration had a ton of info on Trump/Russian connections. However, Obama was too honourable to use it against him and didn’t want to be seen meddling in the election (unlike the F.B.I., but that’s another story for another day).

Does Cheetos Jesus have anything else?

I’d bet a good lawyer could make a great case out of the fact that President Obama was tapping my phones in October, just prior to Election!

IRONY #4: Lawyers can make a good case out of anything. However, they need proof to win. Where’s the proof, you lying sumnabitch?

How low has President Obama gone to tapp my phones during the very sacred election process. This is Nixon/Watergate. Bad (or sick) guy!

We already know your spelling is atrocious, but it’s “tap” not “tapp”. 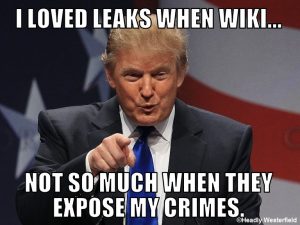 That during this “very sacred election process” he also got all that extra help from the Ruskies [allegedly, of course], is the ALMOST the biggest irony of all.

IRONY #6: The biggest irony is that Emperor Trump just guaranteed there will be Senate and Congressional hearings about all these issues until the cows come home, or the pigeons come home to roost, whichever comes first. Pass the popcorn.

The Twitterer-in-Chief also had time for some serious business this morning:

Arnold Schwarzenegger isn’t voluntarily leaving the Apprentice, he was fired by his bad (pathetic) ratings, not by me. Sad end to great show

1 thought on “This Is Not Watergate! This Is Treason!!!”