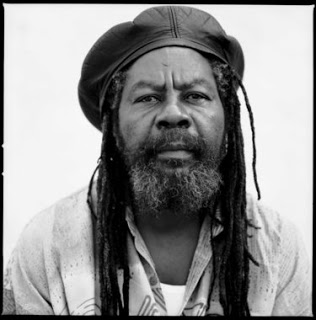 Let’s get right to it. Had it not been for Reggae “toasting,” or “dancehall,” there would have been no Rap or Hip Hop. U-Roy, was not only one of the firsts in the genre, but one of the best.

Born Ewart Beckford on this day in 1942, U-Roy got his nickname from a family member who couldn’t pronounce his real name.

As a young man Beckford listened to the music of Louis Prima, James Brown, Ruth Brown, Fats Domino, Rufus Thomas, Smiley Lewis and was especially influenced by the vocal phrasing of Louis Jordan.


U-Roy’s first single
U-Roy began as a DJ in 1961 toasting over the records at live events. In Jamaica there was no access to radio, so the toasting was done at live shows in front of a “sound system.” Moving from one sound system to another, it took almost a decade before his career took off, but when it did U-Roy changed the face of Reggae music.
U-Roy has worked with the great producers of Dub Reggae, from King Tubby to Lee “Scratch” Perry, going from height to height. 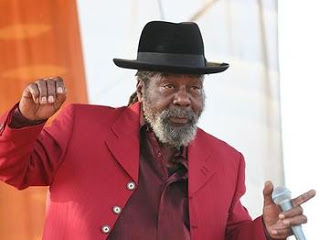 According to All Music:

His toasts were utterly relaxed
and conversational, yet always in perfect synchronicity with the
rhythms. The DJ had now gained a significant following in the U.K., as
well, and in August 1976, visited Britain for the first time. He
performed at the London Lyceum, backed by the always excellent
Revolutionaries, and the 1978 Live EP was drawn from this phenomenal
show. Back in Jamaica, U-Roy began recording his new album, Rasta Ambassador,
filling the studio with musicians and singers, 15 strong in all. The
Gladiators provided particularly sonorous backing vocals, while the
band, led by the rhythm team of Sly & Robbie,
created a deep roots sound appropriate to the album’s title and
accentuated by Robinson’s deeply dubby production.

U-Roy is still toasting and we are still listening. As always the proof is in the record grooves and in the beat. Listen to U-Roy and you’ll see why he was awarded Jamaica’s Order of Distinction. A fitting distinction for a man who changed the face of Reggae music.