On the corner of Charles Avenue and South Douglas Rd., on the opposite end of the street from the E.W.F. Stirrup House, is the Charlotte Jane Memorial Park Cemetery. It dates back to the early 1900s and at one time — and for a long time — was the only place in Coconut Grove where Black folk could consecrate and bury their dead.

Charlotte Jane was E.W.F. Stirrup’s childhood sweetheart. I know
almost nothing about her, save for this: In the 1870s or 1880s Ebenezer
Woodbury Franklin Stirrup made his first pilgrimage to the United
States. He came up through Key West, where he stopped for a while and apprenticed as a carpenter with an uncle. This is the skill he would eventually utilize in Coconut Grove to great effect, building more than 100 houses in the area, including his own show piece at the other end of Charles Avenue. Stirrup reportedly spent 10 years working for his uncle in Key West before he decided he would head north to see what life was like on the mainland. However, before he did he went back to the Bahamas to marry his childhood sweetheart. Then he brought her
back with him, eventually settling in Cutler Bay for a time.

I try to imagine that trip, which Mr. Stirrup took at least 3 times in his life. It could not have been easy. The trip from the Bahamas to Key West was obviously an ocean journey. At one time — and for a long time — Key West was the largest city in Florida and remained unconnected to the mainland until 1912, when Henry Flagler completed his railroad. Consequently the journey from Key West to the mainland was another ocean voyage. It would have been far easier, in those times, to sail directly to Cutler Bay. There would have been few roads, if any. Southern Florida was swampland, overgrown with mangrove, pine, oak and banyan trees, not to mention alligators and snakes. Traversing the lower end of the Florida peninsula by land would have been a harrowing and nearly impossible journey.

E.W.F. and Charlotte Jane Stirrup first settled in Cutler Bay, about 13 miles from where they eventually settled. For
whatever reason Cutler Bay was not to his liking and he decided to move north to
the nascent community of Coconut Grove, where he eventually settled and
built his beautiful house and more than 100 others.

The Charlotte Jane Memorial Park Cemetery was originally known by the more generic names of Coconut Grove Cemetery or Grove’s Bahamian Cemetery. It opened in 1904, or 1906 (both dates are cited in various places) and was originally owned by the city (despite what I stated elsewhere). According to the USGenWeb Archives, Mary Washburn writes:

In 1913, the cemetery property was purchased by five families for the sum of $140.00.  The families that purchased the property are Burrow, Higgs, Reddick, Ross and the E.W.F. Stirrup families.

There has long been a rumour to the effect that Michael Jackson filmed the cemetery scenes to “Thriller” at the Charlotte Jane Memorial Park Cemetery and you’ll find many references on the innertubes citing that. This is totally incorrect. WikiAnswers states:

Contrary to rumors, the cemetery scenes of Thriller were actually filmed on a soundstage and not at an actual cemetery. This fact is clearly proven by watching the DVD release of Thriller. During the wide-shot of the cemetery set as Michael and Ola walk past, various lighting and rigs can be seen over head.

Again, the cemetery sequence was NOT filmed in a real cemetery.

No matter because the Charlotte Jane Memorial Park Cemetery is a lovely little cemetery, with a long history of its own. In Florida, as in New Orleans, caskets cannot be buried below ground because of the water table. Unlike the New Orleans’ crypts you are used to seeing, the graves at the Charlotte Jane Memorial Park Cemetery are simple and uncomplicated, paralleling the economic realities of a Black community in 20th Century ‘Merka.

In the years since I have been visiting Charles Avenue I have taken thousands of pictures of the Charlotte Jane Memorial Park Cemetery, some of which I’d like to share with you. 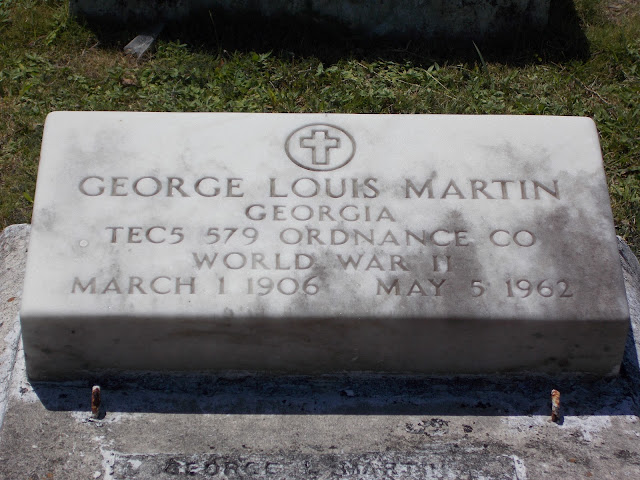 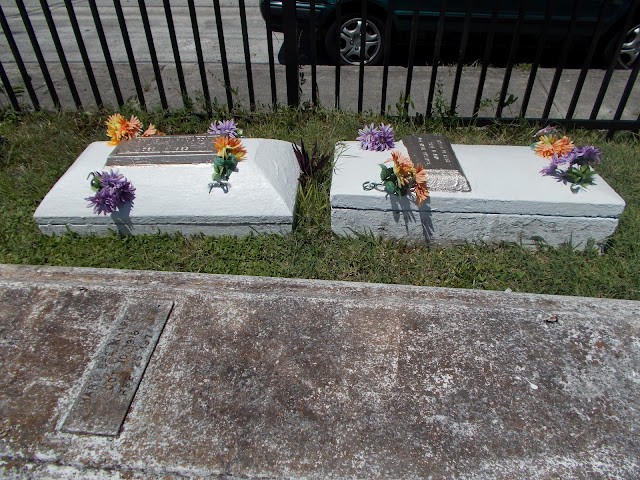 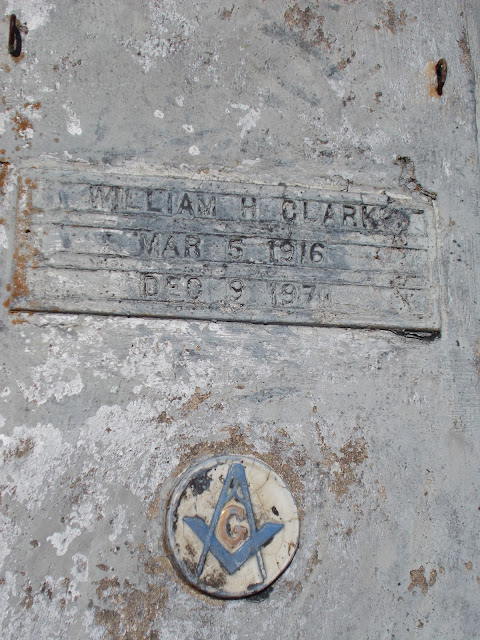 All photographs © copyright 2012 by author.