MAJOR MEA CULPA!!! It would appear that I sent yesterday’s email to Isiaa Jones to the wrong email address, which is why it was kicked back. She may, or may not, still be with the city.

However, that does not explain why she did not:

1). Fulfill the promise made to me to email me the next day to let me know when I could expect the files I paid for;

2). Produce the files I already paid for.

This should not be such a problem. 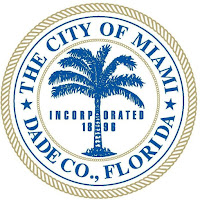 You have proven to me once again, as if any more proofs were needed, that one cannot trust anything verbal that comes out of the City of Miami. I am always struck by the expression, “You should have got it in writing.”

Let me remind you of the end of our face-to-face conversion on October 12, 2016. No doubt you remember. I had just forked over CASH to obtain the results of my FOI request. As you were handing me a photocopy of my receipt, which you made me sign, I asked you how long I could expect this computer search to take. The exact word I used was “guesstimate”. You said that you couldn’t answer that question then and there, but you would email me and let me know after you spoke to the IT Department.

Yannow what? I’m still waiting for that email. This is why I do not trust anything I am told by anyone employed by the City of Miami unless it’s in writing. And even then…

Incidentally, and far more importantly, I am also still waiting for the results of my FOI request. I feel as if the money you took has been stolen from me until you can produce the goods I paid for.

Because my FOI request is to look into suspected corruption in the City of Miami, some of which may have happened in the very office you work in, it’s hard not to think these stalling tactics are to keep me from obtaining the files I requested.

When will I get the records I paid for?

This might explain why Ms Jones never got back to me, but it doesn’t explain into what Black Hole my FOI request disappeared into.