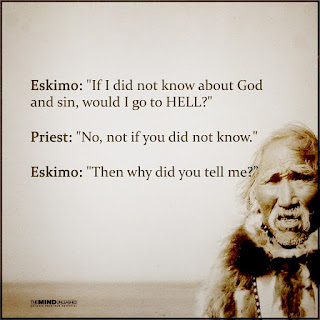 SPOILER ALERT: I firmly believe that due to the immutable laws of physics and the Laws of the Universe, the magic never really goes away. Here’s why:

If you recall, in my last Pastoral Letter I had just been Pastorized after visiting you in Ann Arbor on this year’s version of my yearly road trip.

[For readers just tuning in: Pastor Ken Wilson is my oldest friend on the planet. A capsule chronology: When I moved into my house on Gilchrist Street at the age of 5, Kenneth John Wilson was the first kid I met. He lived catercorner across the street and we grew up together. We lost touch after he visited me in Canada at the age of 18-19 when he tried to sell me on Jesus. Over the years (especially after Al Gore invented the internet /snark) I tried to find him. Do you know how many Ken Wilsons there are in the world? Adding his middle name didn’t help much.

Until I located him a few years back, I didn’t know he became Pastor of the church he started in his living room in Ann Arbor. Nor did I know that after 45 years he wrote a book called A Letter To My Congregation, which argues for the full acceptance and loving embrace of LGBTQ communities into the life of the church. I consider it a very important book, which is why I provide the Amazon link. Buy it and read it.

I began writing these Pastoral Letters after we found each other again.]

Ken, when I visited in August, I asked you the question that had been on my mind during all those miles on the road. What is the answer when Jesus is not the answer? Your reply was a single word: Connections.

I’ve been thinking about that a lot ever since.

How is it that you chose the one thing I seem to be the worst at? Maintaining connections has been a struggle for me since — well, since you and I lost touch in 1972. Time and time again I’ve lost friends as I have moved through ome phase of my life after another. Not just lost friends, but have jettisoned entire groups of friends all at once, as I burned bridges behind me.

Once, a couple of decades back, there was a group of us that always got together on the weekend. We had done so through the years as we all acquired spouses and moved to new houses. We’d meet at one house, or another, and each week I’d always call around to find out where.

One week I decided not to call to see if anyone called me. I’m still waiting. There is an entire clique I stopped connecting with overnight. I have other stories like that.

I’m rambling, Ken, because I know what I want to say, but I’m not sure of the exact words that will get me there. Rather than continue to spin off on tangents and tell you in all the ways I’m bad at keeping connections, let’s just stipulate I am.

I’ve been thinking about CONNECTIONS ever since we spoke. It occurred to me recently (because there are times my brain is very slow to make even the simplest of connections) that connections could also mean synchronicity, which I’ve written about. The interconnectivity of the Universe.

Late last year, after an adulthood of being an atheist, I started believing in something bigger than myself: MAGIC. And then I didn’t anymore.

Recently I had a conversation with the magical person in my life where we decided to call it quits. She said, among other things, that she found it hard to keep up the connection. I wish I were making that up, Ken, but that’s the exact word she used.

During the same conversation I told her that I thought I could identify the exact moment the magic disappeared. It was late October. I was returning home from a productive day of research in Coconut Grove, a 35 mile drive. To pass the time, as we had done so many times before, she accompanied me on the trip. I called her when I left Miami and we talked about everything, anything, and nothing on the phone all the way up I-95 and across I-595, and up Nob Hill Road.

I was about a mile from home when a teenager made a right turn on a red light and ran right into the side of the car. I wasn’t hurt, but the car was a write-off.

That’s the last moment I could remember feeling the magic. A lot has happened since then, and so little of it’s been good. Actually, none of it’s been good, unless you count me saving Pops’ life, but that’s another story entirely.

Irony alert, Ken. After my magician and I had our recent conversation, I remembered I had actually written about that moment in one of my Pastoral Letters, of all places. I went back to read what I had written. And, that’s when the light bulb FINALLY went on. [As I said above: I am often the last one to make a connection.]

I am just guessing, Ken, but I think I can identify the exact moment she stopped feeling the magic. That would have happened when she read Before and After Synchronicity, another one of my Pastoral Letters. I published it very soon after the accident. I had been working on it for a long time. I finally decided to rush it to completion, maybe before it was even ready. Probably before it was ready. 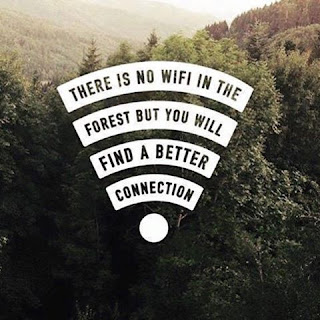 I say that because in that post, in my fumbling to find the right words to express the magic I had been feeling, I offhandedly used the term “mumbo jumbo” more than once as a way to express what I used feel about deep spirituality, a force beyond my limited understanding, but one that I was finding myself opening up to despite myself. [In a run-on sentence.]

What I was REALLY saying (in my clumsy way) is that prior to meeting that extraordinary woman, I didn’t believe in that mumbo jumbo. After stating that, I then listed all the magical synchronicity that brought us together. All these things had me doubting what I had previously believed, or non-believed, as the case may be.

And, as for my loose language I am truly sorry. It came off in a way I never meant it to and I have only myself to blame because I didn’t choose my words wisely.

However, if I am right about this, I also think I am owed an apology. Rather than tell me her feelings had been hurt, and why, the magician kept it to herself and allowed it to eat at her. Furthermore, I was never given a chance to explain, to clarify, to make amends.

I should have seen it. I felt her pulling away, but I put it down to the holiday season. I even remarked once that she felt distant, and as proof I pointed to Facebook, which had already noticed she was not coming up in those algorithms that show who you are close to and who is close to you. 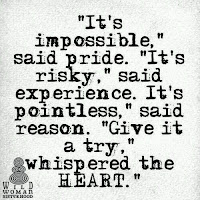 And, more than once, when I expressed something magical she would ask, “But what about the mumbo jumbo” and I would explain again how everything I had once believed had been turned on its head. In other words, while I didn’t know what it was, it was no longer mumbo jumbo.

And then one day the magic was gone. I could no longer rouse in her those feelings that I once had, which led to a disappointing visit to Toronto in August and a more disappointing conversation recently, where it was decided that we pull the plug.

Then, on the very day I began this post (and it can sometimes take me weeks to get these thoughts down the way I want them, I took another one of those Facebook quizzes that use your algorithms:

That’s when I realized that due to the immutable laws of physics and the Laws of the Universe, the magic never really goes away. Either that or the Universe has a really sick sense of humour.

But, I have talking to the crows again.

And, it has not gone unnoticed that I am publishing this on Yom Kippur.